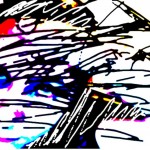 So, yesterday I sent a note about my blog to Martin Pittenauer, developer of SubEthaEdit. OK, yeah… but that’s not the strange part. So later on, I was looking for a tool to convert SVN logs to pretty printed html. After a few minutes of looking, guess who built an XSL script to do that […]

A lot of people on OS X use TextMate, and I respect that. It’s a full featured editor which everyone loves due to it’s ‘project drawer’ which allows you to browse a directory of files right in the sidebar of the window. I have experienced a lot of pain over the years so my likes […]

Often when using a dev machine, your checking some shared logs for output about your specific process, turning a singlethreaded process into a mutithreaded output buffer. Not something that increases my sanity level. Instead of deal with that, I just wanted to filter out any traffic that isn’t from whatever IP is bound to the […]

Error Handling with fatals in PHP

At some point I grew frustrated with PHP not being able to catch fatal errors, so I set out to see if it was possible with the current PHP feature set. The problem is that if an error is considered fatal, php bails and leaves you with no page or a partial page. Now we […]

Posted in PHP | Leave a response

So, I’ve worked in a number of loose environments, and there tends to be some concept of recurring topics wherever I go… even more, there’s always that guy who sees that flicker of interest die in your eyes but still bravely forges ahead with the conversation. A coworker had probably the most effective blockade for […]

Posted in PHP | Leave a response